THEY DO NOT SUFFER VIOLENCE - NEITHER SHOULD YOU

The project “Domestic Violence – Education of Police Officers – Managers” was implemented on April 27, 2017 in Banja Luka so that the police officers of Banja Luka Police Administration, both male and female, together with representatives of the Association of RS MoI Women Network – RS WPON, distributed to citizens a promotional mini-brochure on domestic violence, priorly prepared for the purpose of this project. The brochures indicate the types of domestic violence (misdemeanor and criminal offence) and the legal obligation to report a crime in order to inform citizens about it and to encourage them to report any allegations of domestic violence to the police.

Council of Europe Convention on Preventing and Combating Violence against Women and Domestic Violence (Chapter III, Articles 12-17) provides for the general public to be fully informed of all forms of violence suffered by women, whether domestic or other forms of violence. Article 13 of the Convention specifically emphasizes the role of raising awareness of violence against women through regular campaigning, i.e. raising awareness at all levels, including the police, in order to inform the wider public about the various manifestations of all forms of violence covered by the Convention, its consequences for children and the need to prevent such violence.

In addition to the active role of non-governmental organizations in the prevention of violence against women, the Convention extends the obligation to disseminate specific information on available governmental prevention measures. This includes the mass distribution of leaflets or the placement of information posters or online materials with information on services provided by police or the local community, contact information for local, regional or national services such as helplines or shelters, and more. Therefore, the police have an obligation to participate in public campaigns, to publish brochures and media outlets to raise public awareness of forms of violence against women and domestic violence, both individually and in partnership with other subjects.

The aim of these campaigns should be to raise public awareness of the need to report any suspicion of violence against women for preventive purposes, punish perpetrators, and reduce so-called dark figure (cases that exist but are not reported, that is, hidden). Also, the general public and citizens should be aware of the legal provisions, the criminalization of certain types of violence as a crime or misdemeanor, as well as the obligation to act, both of the police and other social subjects, in order to prevent violence against women.

The target group are all citizens who have or may have knowledge that a person is exposed to any form of domestic violence.

Through these and similar campaigns victims of violence and citizens are introduced to the forms of violence against women and the legal obligation of every citizen to report any kind of violence, or any suspicion that a person is a victim of any form of violence.

With the active participation of police officers in such public campaigns, citizens, and especially victims of violence, are further empowered to report any knowledge or suspicion that a person is a victim of violence, thus enabling detection and prevention of violence.

These campaigns have a particular importance when it comes to identifying dark figures of violence – cases that have never been reported to prosecuting authorities or any other relevant institution dealing with violence against women. 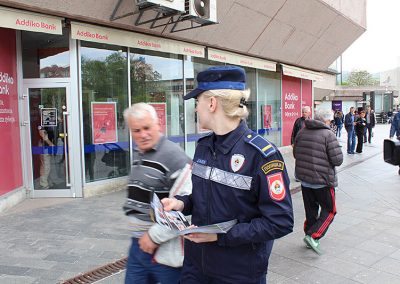 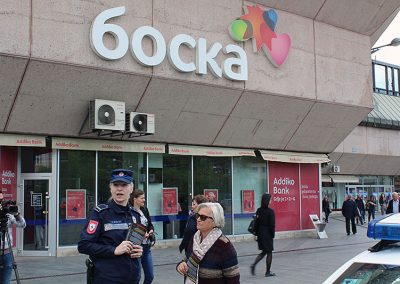 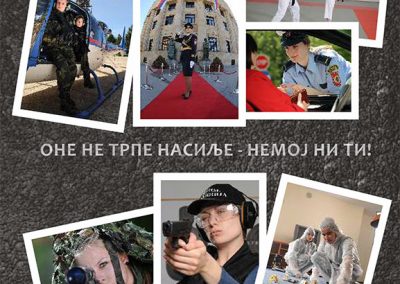 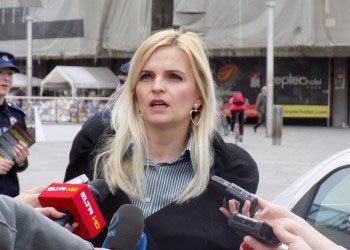 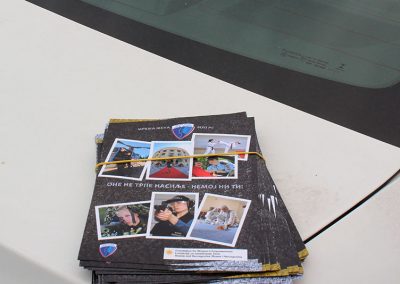