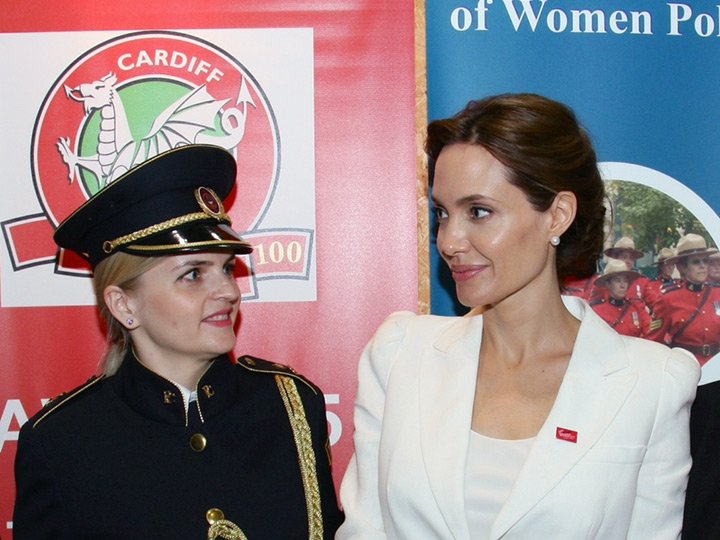 From June 9 to 14, 2014 a representative of the RS Ministry of the Interior Women Network – RS WPON and a member of the International Association of Women in Police (IAWP) Sanja Sumonja participated at the Global Summit to End Sexual Violence in Conflict held in London, United Kingdom. The summit was hosted by the United Kingdom Foreign Secretary, William Hague, and UN Special Envoy for Refugees Angelina Jolie.

In addition to the conference which constituted several simultaneous sessions, the Summit also hosted a Fringe event where the International Association of Women in Police (IAWP) presented its organization and results.

At the Fringe event opening, a representative of the RS MoI and RS MoI Women Network presented the IAWP to the Summit hosts, after which she took part in a panel discussion organized for students on promoting the concept of gender sensitive policy.

At the Summit’s sessions discussions were mainly made on the International Protocol on the Documentation and Investigation of Sexual Violence in Conflict drafted over previous two years by international experts, whose first issue was published in June 2014.