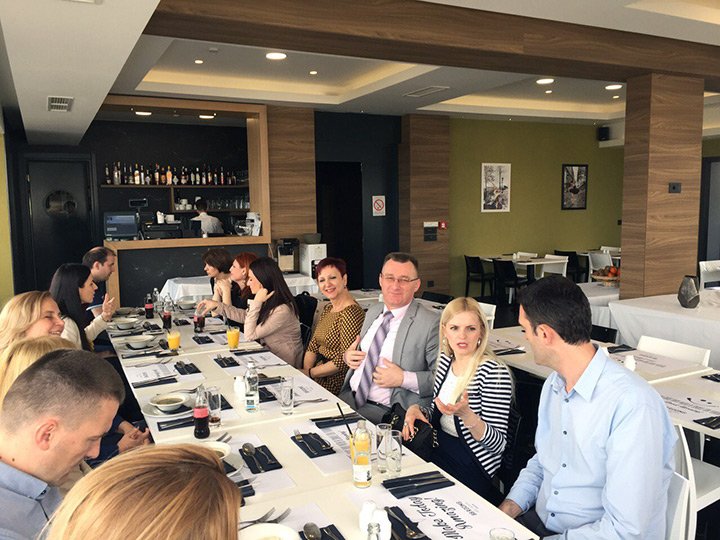 On April 7 and 8, 2016 a representative of the RS MoI Women Network – RS WPON participated at a workshop entitled “Introducing Gender Agenda in Serbian MoI 2016-2018“ where she gave a presentation on the RS MoI Woman Network – RS WPON. The workshop was held in Belgrade and organized by the Ministry of the Interior of the Republic of Serbia and the Police of Sweden in Serbia. The workshop was held for the members of the Implementation Team made up of the Republic of Serbia MoI representatives for the Project “Introducing Gender Agenda in Serbian MoI 2016-2018“.

In addition to the members of the Implementation Team, the workshop was attended by the Assistant Director for Strategic Planning, Human Resources, Professional Development and other Police Affairs of the Serbian MoI.

At the workshop a representative of the RS MoI gave a presentation about the activities of the RS MoI Women Network – RS WPON and projects implemented by the Network with the support of local and international organizations.

The workshop was also attended by the representatives of women police officers networks from BiH and Croatia (Ministry of Internal Affairs), who also gave presentations on their experiences respectively.

The aim of the given presentations was to provide support to the establishment of the Association / Network of Women Police Officers of the Republic of Serbia, whose purpose would be hearing the voice of MoI women employees and influencing the decision making processes and police affairs in general in the Ministry.