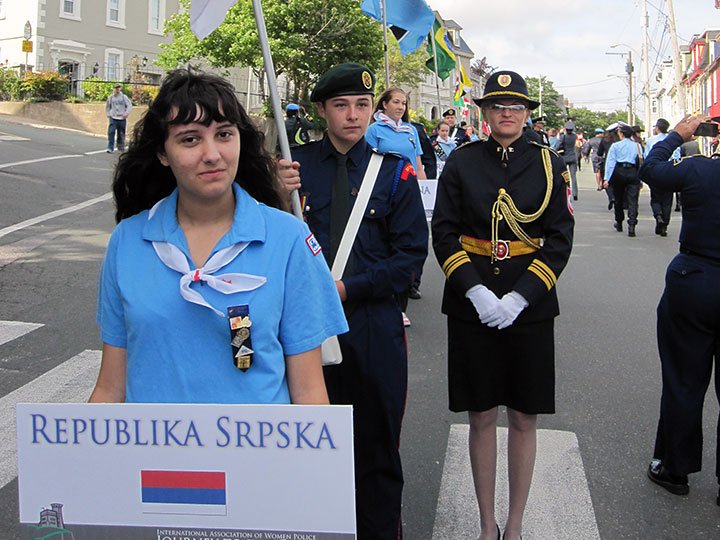 50. Annual Conference of the International Association of Women in Police (IAWP)

From September 7 to 15 2012, at the invitation of IAWP, a member of the RS MoI Women Network and Chairperson of the Southeast Europe Women Police Officer Network (WPON), Sanja Sumonja attended the 50. Annual Conference of the International Association of Women in Police (IAWP), held in the city of St. John`s, Newfoundland and Labrador, Canada. The conference was attended by about 700 police officers from 54 countries.

At the conference, the representative of the RS MoI and RS MoI Women Network participated as a speaker at a panel discussion, giving a presentation on diversity and larger involvement of women and the role and significance women have in police services across the globe. She informed the attendees on the Guidelines for Gender Sensitive Policing developed within WPON.