implemented by the Republic of Srpska Ministry of the Interior Women Network - RS WPON
In 2016 and 2017, with the approval of the minister of the interior and the financial support of the OSCE Mission to BiH, the Association “RS MoI Women Network – RS WPON” implemented the projects “Domestic Violence – Education of Police Officers” and “Domestic Violence – Education of Police Officers – Managers”. This project constituted 12 trainings in all PSCs with a total of 144 police officers trained.

The analysis of the evaluation questionnaires and the project reports showed that the projects were very well received and evaluated, both by police officers – trainees and trainers (representatives of the RS Ministry of the Interior and the Prosecutor’s Office), as well as by donors – the OSCE Mission to BiH. As a result of quality implementation, the OSCE Mission to BiH offered to the Association to continue their cooperation during 2018 through similar trainings for police officers in the Republic of Srpska. 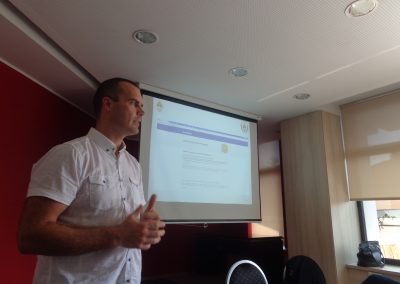 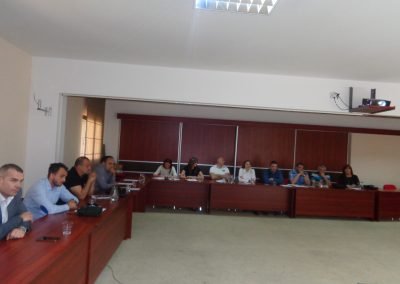 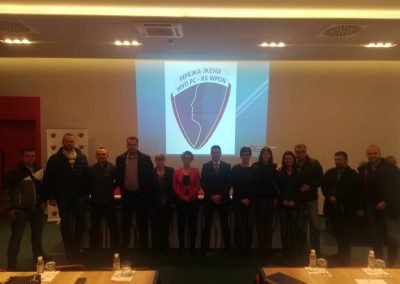 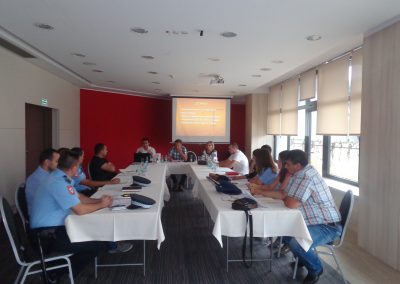 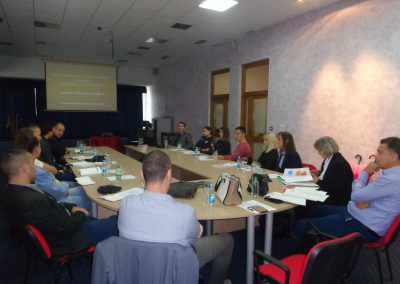 The project “Domestic Violence and Gender-Based Offences – Education of Police Officers” was implemented through 6 trainings from March 20 to November 20, 2018 for police officers of all 10 RS MoI Police Administrations.

The project “Domestic Violence and Gender-Based Offences – Education of Police Officers” has included four main modules and a practical evaluation:

The program included 9 classes in one training day, which means it was more comprehensive than the ones in previous two years, having in mind  the addition of a fourth module.

Compared to any type of criminal offence or misdemeanor, domestic violence has a specific impact and far-reaching consequences on future generations and society as a whole. The expansion of social networks as communication channels gives room for committing offences and misdemeanors in a new, specific way that particularly affects children and minors. In order to interrupt the destructive effects of these acts on wider community, the police must be constantly trained in this area. Therefore, the key focus of training is on police officers, especially on police knowledge, skills and abilities.

The target group are police officers who deal with domestic violence cases at the territory under RS MoI jurisdiction.

A total of 69 police officers (51 males and 18 females), who act on domestic violence cases and gender-based offences in their everyday tasks and duties, attended a total of 6 trainings under the project “Domestic Violence and Gender-Based Offences – Education of Police Officers”, conducted by the RS MoI Women Network – RS WPON and financially supported by the OSCE Mission to BiH.

In terms of education evaluation, it should be emphasized that the choice of modules has influenced the accomplishment of the full purpose of the trainings, and the project goal has been fully implemented. The topics presented by the lecturers were complementary to one another, and the new module on domestic violence and gender-based offences exerted on social networks that police officers encounter in practice has completed the previous ones.

In terms of interaction, participants’ active involvement and presentation of knowledge and skills by the trainers, one of the conclusions of all educations is a high level of professionalism and readiness to deal with the complexity of specific criminal and misdemeanor cases.

In addition, 100% of interviewed police officers stated that the choice of modules or topics had a desirable effect.

The methodological linking of domestic violence and gender-based violence exerted on social networks and the Internet has yielded the desired outcomes in trainings conducted in RS MoI Police Administrations, especially for young police officers who received only basic knowledge and skills on preventing and combating domestic violence during basic police training at Police Academy and modest knowledge and skills about investigating gender-based violence exerted on social networks, which is getting more present with the development of information technology.

As in previous two years, it was reiterated the specificity of this type of education due to possibility to have direct contact and exchange of information and opinions between police officers and prosecutors, as well as to present and develop discussions on specific criminal cases.

Within the fourth module, trainees were briefed on the abuses and international police actions against organized crime and crime against women and children, as well as investigations conducted by domestic police agencies. The lecturer targeted the specifics of the investigations of these crimes and the elements of protection of the victim and witnesses during the court proceedings.

According to the filled-in questionnaires, the trainees pointed out that they have acquired relevant knowledge and skills having in mind that these are areas that require continuous follow-up on misuse of information technologies and use of new knowledge in investigations.

The novelty and the result of educations are elements of domestic violence and gender-based violence prevention through monitoring the communication of potential victims and abusers through social networks. The mentioned issues are focused on the need to strengthen cooperation with prosecutors and the judges of Misdemeanor Divisions, as well.

It was pointed out the necessity to continue further education, with special emphasis on a greater number of these educations for management personnel, but round tables, too, with representatives of other relevant subjects that act in these cases, too.

During the discussion, as well as in questionnaires and during previous trainings, the trainees presented concrete examples of positive and negative communication with the acting prosecutors and the different approach of prosecutors in similar situations.

As in previous two projects, it was suggested to organize trainings for a greater number of management personnel.

The discussions yielded conclusions on necessity to do an analysis regarding the small number of emergency barring orders and protection orders, as well as different manner in which police departments react.

It was reiterated the recommendation to strengthen cooperation with judicial institutions.